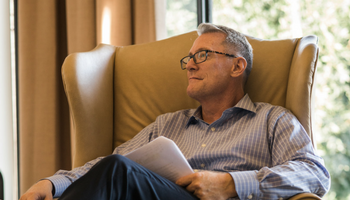 Members of the Arizona Multihousing Association (AMA) gathered in downtown Phoenix Friday afternoon to say farewell to president and CEO Tom Simplot at a special reception held in his honor.

The mood was light and wistful as both associate and regular members took time to congratulate Simplot on his new position and reflect on his 9 years of service rendered to one of Arizona’s most influential trade associations. He will be leaving to work as a senior executive with the National Endowment for the Arts in Washington, D.C. During his tenure with the AMA, Simplot charted the organization through the turmoil following the 2008 U.S. financial crisis. Under his leadership, the association has enjoyed increased funding from various grants and partner programs and has expanded the scope of events such as the annual industry Tribute Awards.

In early June the AMA board of directors, following a leadership succession plan established in 2015, voted to name Courtney LeVinus (Capitol Consulting) as Interim President and CEO of the association. The search for permanent leadership will begin immediately.